CLICK THE POSTER AND CHECK OUT HERE FOR WEEKEND AND DAY TICKETS! 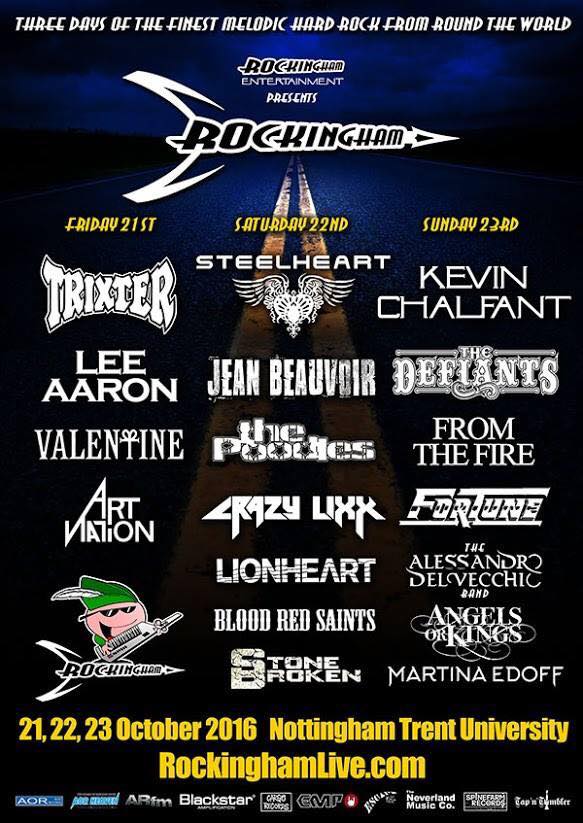 BLOODSTOCK CONFIRMS YET MORE BANDS FOR THE THIS YEARS FESTIVAL!

BLOODSTOCK festival is excited to announce another batch of bands for August’s event at Catton Park!

Regrouped Brit industrio-metallers, KILL II THIS join the main stage for a Saturday slot. Frontman, Mark Mynett says “BLOODSTOCK is one of the finest metal festivals there is; this year’s stunning line up says it all! So we are both delighted and honoured to be playing the Ronnie James Dio stage

Stepping into Friday’s special guest slot on the Sophie Lancaster Stage are Norway’s black jazzsters, SHINING. Singer Jørgen Munkeby comments, “Last time we played at BLOODSTOCK was one of the best and most exciting shows we’ve ever done. We’re so much looking forward to be back at the UK’s best metal festival again

The second wave of BLOODSTOCK club nights kicks off in June. Get along to one of the following local events for a chance to win BLOODSTOCK weekend tickets and BLOODSTOCK-related giveaways. Check with your local club for further details in case of changes and expect the unexpected! Events for June and July stack up as follows:

Download 2016 ain't finished announcing just yet! They just dropped out another 5 bands who will playing this year at the hallowed Donington Park!

Joining headliners, Black Sabbath, Iron Maiden and Rammstein will be Finnish boys Santa Cruz, alt-rockers In Me, The Dirty Youth, Witchsorrow and The Franklys.

Flying by the seat of his pants, Steve Price announced live on The Steve Price Rock Show on ARfm, 5 more bands that will be appearing at Rockingham 2016 this year, only getting the details whilst on air.

TRIXTER, THE DEFIANTS, LIONHEART, STONE BROKEN and THE POODLES will be joining the line up for this years melodic and hard rock festival in the city of Nottinghm this October 21st, 22nd and 23rd.

They will be joining Jean Beauvoir, Kevin Chalfant, Blood Red Saints, Art Nation, Crazy Lixx and From The Fire for what is set to be a sensational weekend of music.....and there's still more bands to announce!!

Love em' or loathe em'. BayMetal have everybody talking. The cream of J-Pop & Metal will definitely set tongues wagging before they hit the stage at Download 2016.

Hot on the release of their new album and successful night at Wembley last month, they're back. Lets see what they have in store for the Download fans!!!

Reading & Leeds has added even more names to the Bank Holiday weekend mecca of music, with over 70 names announced today across 6 phenomenal stages.

Leading the additions is New York hip-hop royalty Nas, who’ll be bringing his untouchable catalogue of defining anthems to Reading & Leeds this summer in a UK Festival Exclusive. Responsible for one of the most acclaimed and influential albums of all time; Illmatic, his heavy-hitting rhymes have kept him at the top for over 25 years. His set on the BBC Radio 1/NME Stage this summer is sure to be a welcomed reminder as to why he remains a true pioneer of hip-hop.

After breaking the record for consecutive appearances at Reading & Leeds last year with his ninth straight set, festival hero Frank Turner is set to make it a decade of singalongs and heart-on-your-sleeve performances as he takes to the stage this summer. His catalogue of distinctively British anthems has seen the troubadour stand as a true Reading & Leeds icon. Celebrating his tenth appearance in a row, Frank will open the Main Stage with a truly unique set this summer.

Here's the rest of the nands that have been announced today!

After the success of Redemption Festival 2015, its back bigger than ever and now with more bands over 2 days on Saturday 10th & 11th September 2016 at Warehouse23.

All for a fantastic cause. For more details click here.

DOWNLOAD 2016 ANNOUNCE ANOTHER 12 BANDS TO THIS YEAR'S LINE UP

That's right another 12 bands have been added to this years Download 2016 line-up, including Juliette and The Licks, fronted by actress Juliette Lewis, making an epic return

are the mighty Raging Speedhorn after ten years! Also added are The Amorettes, Wearing Scars featuring guitar shredder Andy James. Also added to the line up are Inglorious with the superb vocal talents of Mr Nathan James.

Making their Download debut are From Ashes To New, plus The Wild Lies, Skinny Lister, RavenEye, The Men That Will Not Be blamed For Nothing, Puppy and In Search of Sun have also been added to the line up. For more details check here 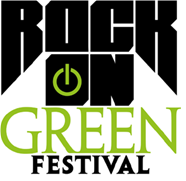 WIN A PAIR OF TICKETS WITH THE UNCHAINED ROCK SHOW ONLY ON ARFM!!

THANKS TO OUR FRIENDS AT WORKHARD SIMPLY SEND YOUR NAME AND CONTACT DETAILS TO This email address is being protected from spambots. You need JavaScript enabled to view it.  FOR A CHANCE TO WIN

ENTRIES CLOSE AT 9PM ON 23RD MAY. WINNER WILL BE DRAWN OUT LIVE ON THE UNCHAINED ROCK SHOW ON MONDAY 23RD MAY 2016

Divergent Concerts have announced the launch of a brand new one-day London metal festival for summer 2016. The inaugural Rock On Green festival, which will be taking over the O2 Forum Kentish Town from 4pm onwards on Sunday 5th June, is set to present a packed bill of established names and rising stars from the realms of symphonic, power and gothic tinged metal.

Tarja Turunen is one of the most striking, and instantly recognisable vocalists in metal. Rising to fame as the stunning, classically trained voice of symphonic metallers Nightwish, whom she fronted for 9 years, Tarja launched her hugely successful solo career in 2006. An artist of incredible range, her solo catalogue includes both classical and symphonic rock releases, which have been awarded gold and platinum in multiple countries. Her adoring British fanbase can expect to hear her showcasing cuts from her forthcoming, as-yet-untitled fourth solo album for the first time when she comes to Rock On Green in June. Tarja comments,“I am super happy to start my new heavy/rock album tour in UK!! I miss the Brits. Can’t wait to rock with you soon!”
Check out www.tarjaturunen.com for more info.

Amaranthe are a genre-transcending, forward looking, and daringly innovative sextet from Gothenberg, noted for their three lead singers, who mix clean vocals with death growls, and melodic death metal elements with big hooks. Their third album, ‘Massive Addictive’ instantly charted in six countries on release in 2014, even reaching number one on the US Billboard heatseekers charts. The tremendous reception to the album led to an extensive world tour, including several coast-to-coast tours of the USA, a tour all round Europe and Japan, let alone numerous one-off shows. They’re currently working on a follow up, to be released at some point in 2016. Check out http://amaranthe.se for more info.

Special Guest act Serenity’s much acclaimed fifth studio album, ‘Codex Atlanticus’, released by Napalm Records in late January 2016, is a deeply melodic offering, featuring monumental, movie-score-ish orchestral arrangements, all cascading with massive rhythms and fluid guitar riffs and licks. ‘Codex Atlanticus’ was awarded 10/10 by Powerplay Magazine’s Adrian Hextal, who stated “Another album and another opportunity for Serenity to deliver a spellbinding story that seamlessly blends fact and fiction about historical events and people. This time, Leonardo Da Vinci is the focus of the album and the tracks are peppered with concepts about conspiracies, the illuminati and myths. The arrangements form the soundtrack to an epic movie straight out of the Hans Zimmerman book of composing…The melodies are lush, the vocals are crisp and Georg has an excellent vocal range that suits the material perfectly. The orchestral elements of the tracks add depth without overshadowing the band, ensuring the guitars sound clean with enough grit to remind everyone that whilst this is indeed epic, at its heart it’s a metal album, lest we forget. Highlights include ‘My Final Chapter’, where the band take it all down several notches and the softer approach, with pipes added to the mix, drips with emotion. The heartfelt solo midway through bursts through the speakers and knocks you backwards before the strings and keys blend back in, allowing a pure fists-to-chest vocal moment from Georg. Closing on a piano outro, the song deserves multiple repeat plays.” Check out www.serenity-band.com for more info.

Multifaceted six-piece Octanic, who have been compared with the likes of Children of Bodom, Dark Tranquillity, In Flames and Soilwork, fuse diverse elements of hard rock, melodic death and modern metal with classical undertones, to create their own unique, distinctive musical concoction. The band’s debut album, ‘The Mask Of Hypocrisy’, released in October 2015 on Into Records, is an addictive blend of majestic keyboards, bone-crunching rhythms and soaring lead solos, coupled with passionate vocals and compelling lyrics. Recorded at Adelaide’s Deep Blue Studios and mixed by Roy Z (Bruce Dickinson, Halford, Judas Priest) at Mountain View Studio, Los Angeles, ‘The Mask Of Hypocrisy’ garnered an 8/10 review in Powerplay last November from Matt Karpe, who stated that “Octanic aren't just a one trick pony, as they are accomplished in playing heavy metal, melodic death and progressive, all the while adding classic undertones, whether it be via piano or choral backing… The Mask of Hypocrisy is an excellent debut release”. Check out www.octanic.com for more info.

Parisian alt. rockers Republic Of Rock ‘n’ Roll burst on to the scene three years ago, touting a sound which combines colossal riffs, majestic melodies and anthemic choruses, in a style that fans of QOTSA, Foo Fighters and Led Zeppelin will adore. A sold out French tour, a mythical show at Le Bataclan, and some sensational appearances in Belgium, Canada, the USA and even Russia have seen ‘RRR’ build a reputation as a mesmerizing live act, while rapidly growing their fanbase throughout Europe and beyond. After releasing debut album ‘Golden Place’ to acclaim in 2014, they scored a viral hit with the tongue-in-cheek video for single ‘Hipsters Must Die’, which racked up more than 20,000 views in less than a week online. Darkly humourous, and crammed with tasty hooks and heavy grooves, it showcases a band who are serious fun.
Check out www.facebook.com/republicrocknroll for more info.

Drawing from classic 80s Metallica, and attracting comparisons to contemporary metalcore masters like Bullet For My Valentine, Sheffield trio Immension released their debut album ‘In Vain’ last year. Packed with complex riffs and rhythms, as well as some surprising piano-led moments, ‘In Vain’ announced the arrival of a technically accomplished young act, boasting an impressive musical range. Check out www.immension.co.uk for more info.

Tickets are on sale now priced at £35 for downstairs standing, and £40 for upstairs unreserved seating/standing; the link is:- www.ticketweb.co.uk/event/gdp0406?camefrom=AMG_FORUM_rogf&brand=o2for