That's right announced on the Steve Price Rock Show, the superb Steve Overland, frontman of UK melodic rock giants will be performing as his solo project OVERLAND at the Just Say Yes and ARfm event on 28th January 2017.

January 2017 is definitely going to rock once more with the fantastic addition to what is already an amazing line up of melodic rock.

Those of you who have been before know that it's a night not to be missed, with previous years raising  money for a superb cause. 'Just Say Yes'. Click on the link to find out details of the fabulous work that Just Say Yes does. JSY/arfm

Make sure you come along for a whole load of great music and bands , as well as support a worthy cause. Tickets are available for the event by clicking on the link SKIDDLE.COM 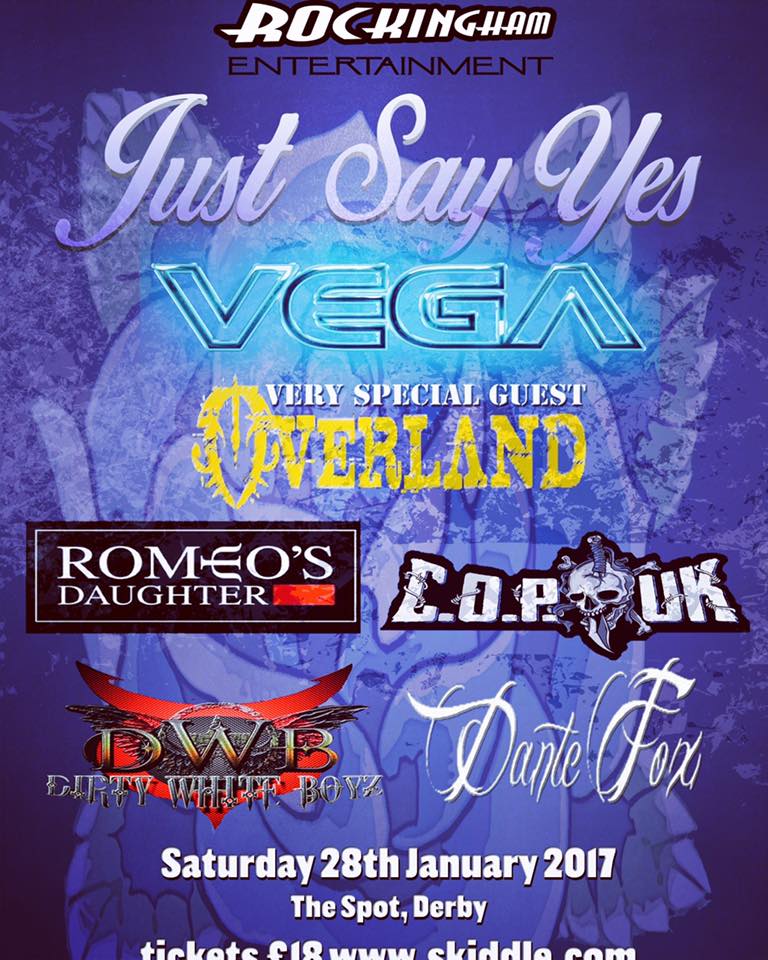